Beginning to bolt just after my coriander is a fellow umbellifer, Florence fennel, which grocers often label as finocchio (Italian for “fennel”) or anise. Florence fennel is not anise; nor is it the fennel that grows wild over much of California, perfuming the air after fires and providing children with “Indian bubble gum,” the Styrofoam-like flesh of the dry tall stems. That fennel reached America from Iberia, where its delicate foliage feeds swarms of colorful little snails who later get eaten by the bowlful in Lisbon bars. Fennel of the wild sort produces the best-tasting seeds, but only Florence fennel—a smaller, tamer, garden variety—can be eaten as a vegetable. This fennel swells at the base of the stems into a plump, white, layered bulb that you can use much like celery.*

Don’t wait too long, though. If you do, the outer layers of the bulb will grow tough and stringy, and the core will grow thick and long, though it will still be edible (it is very good candied). Fennel bulbs past their prime are best used cooked rather than raw.

Because much of the anise-like flavor is lost with cooking, I usually prefer to use my Florence fennel raw, but even young fennel bulbs can be a little tough for some tastes. So for salads and pickles I generally slice the bulbs very fine, using a mandoline. This would be too much trouble with my big stainless-steel mandoline, which takes me at least five minutes just to set up. But my plastic little Kyocera mandoline is perfect for the job. The secret is the ever-sharp ceramic blade. I also like the simple mechanism on the back side for adjusting the thickness of the slice.

I used the Kyocera mandolin recently to make— In a bowl, toss the fennel slices with the salt. Let them stand for an hour.

Drain the liquid from the fennel, and toss the slices with the orange zest. Pack this mixture into a pint jar.

In a saucepan, heat the vinegar, orange juice, sugar, and pepper, stirring to dissolve the sugar. Pour the hot liquid over the fennel. Cap the jar, let it cool, and store it in the refrigerator.

The pickle will be ready to eat in a day or two. Serve it on top of mixed raw greens or on its own as a salad, sprinkled with a bit of minced fennel frond.

The best source I’ve found of additional ideas for using Florence fennel is Elizabeth Schneider’s Uncommon Fruits and Vegetables: A Commonsense Guide. Having grown up in Greenwich Village eating fennel from Little Italy, Elizabeth uses Florence fennel with abandon–baked, fried, braised, stir-fried, and puréed, in soups and salads and pasta sauces, and even baked whole and stuffed into chicken.

*Celery is yet another cousin in the big, marvelously aromatic family Umbelliferae, so-named for their umbrella-like flower clusters. 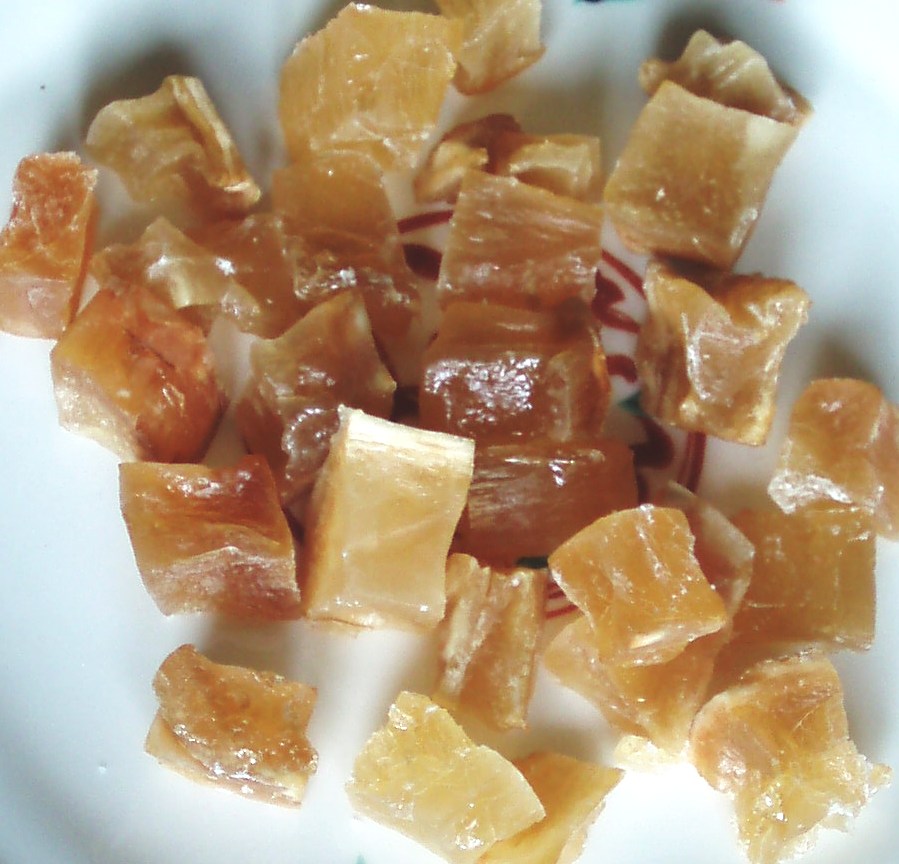 Four consecutive days of below-freezing temperatures put an end to the remains of my vegetable garden. As in many years past, I was late in digging carrots and setting up plastic tents over the greens (which might actually have survived if I’d included an electric heater, set on high). After three days of bitter cold I dug up the carrot bed, in frozen chunks six inches deep, and set the blocks in the garage to thaw. I also dug up two enormous bulbs of Florence fennel, the kind sold in West Coast supermarkets as anise (which it isn’t) or finocchio (Italian for “fennel”). The bulbs were frozen through.

I set the fennel in a big bowl on the kitchen counter for a day and a half, until the bulbs had thawed enough to handle. Then I cut away the outer layers, which had browned a bit. Most of the rest became, with the addition of onion, potato, chicken stock, and sour cream, a big pot of pureed fennel soup. Delicious! It was the best thing I’d ever made with fennel—until two days later.

I had saved the fennel cores. These were hard, solid, and white, like cabbage cores. The cores of Florence fennel are included in many Italian recipes, although they take longer to soften than the outer layers; I could certainly have cooked them in the soup. But I had been reading Tim Richardson’s Sweets, a wonderfully entertaining yet scholarly history of candy. Tim had made me think how medieval my Joy of Jams was. All those fruit pastes and syrups started with recipes the Arabs developed, or borrowed from the Persians. These treats became popular throughout Europe in the Middle Ages. My book even includes some recipes for crystallized fruits, which are just preserves with the syrup drained off. To a large extent, The Joy of Jams is about medieval confectionery.

But I’d left out candied vegetables. “All kinds of roots and stalks were being candied in England by the sixteenth century,” according to Tim. They included parsley roots, angelica stalks, lettuce stalks, and stranger foods like sea holly, borage, and bugloss. They also included fennel roots.

My fennel had tough, rough, dirty roots, and I didn’t want to waste my time on them. But the cores seemed to hold some promise. So I made a small batch of . . .

Put the fennel cubes into a saucepan with enough water to cover them. Simmer them for about 20 minutes, until they are tender when pierced with a fork. Drain them.

Combine the 1 cup water, the 2/3 cup sugar, and the cream of tartar in a saucepan, and heat the mixture gently until the sugar dissolves. Bring the syrup to a boil, and continue boiling it until it is reduced by about one-third. Add the fennel, and bring the mixture to a full boil. Remove the pan from the heat. Let it stand at room temperature for 8 to 12 hours.

Return the pan to the stove. Simmer the fennel in the syrup for about 25 minutes, until the cubes are partially translucent and the syrup reaches thread stage (230 degrees F.).

Remove the pan from the heat. Let the fennel cubes rest in the syrup at room temperature for 8 to 12 hours.

Drain the fennel cubes. Set them to dry in a warm place until they are no longer sticky. I used a food dehydrator, but you could instead use a very low oven or even the top of a woodstove.

The finished candies ranged in color from pale gold to amber. They were firm but not tough and had a mild but appealing fennel flavor. If you wanted to intensify the flavor, you could add a few fennel seeds to the syrup.

I thought about including the candied fennel cubes on a Christmas dessert platter, alongside my candied Asian pears, or in a Christmas pudding, but I didn’t hide them away fast enough. They got eaten almost immediately. I must admit that I got my share.