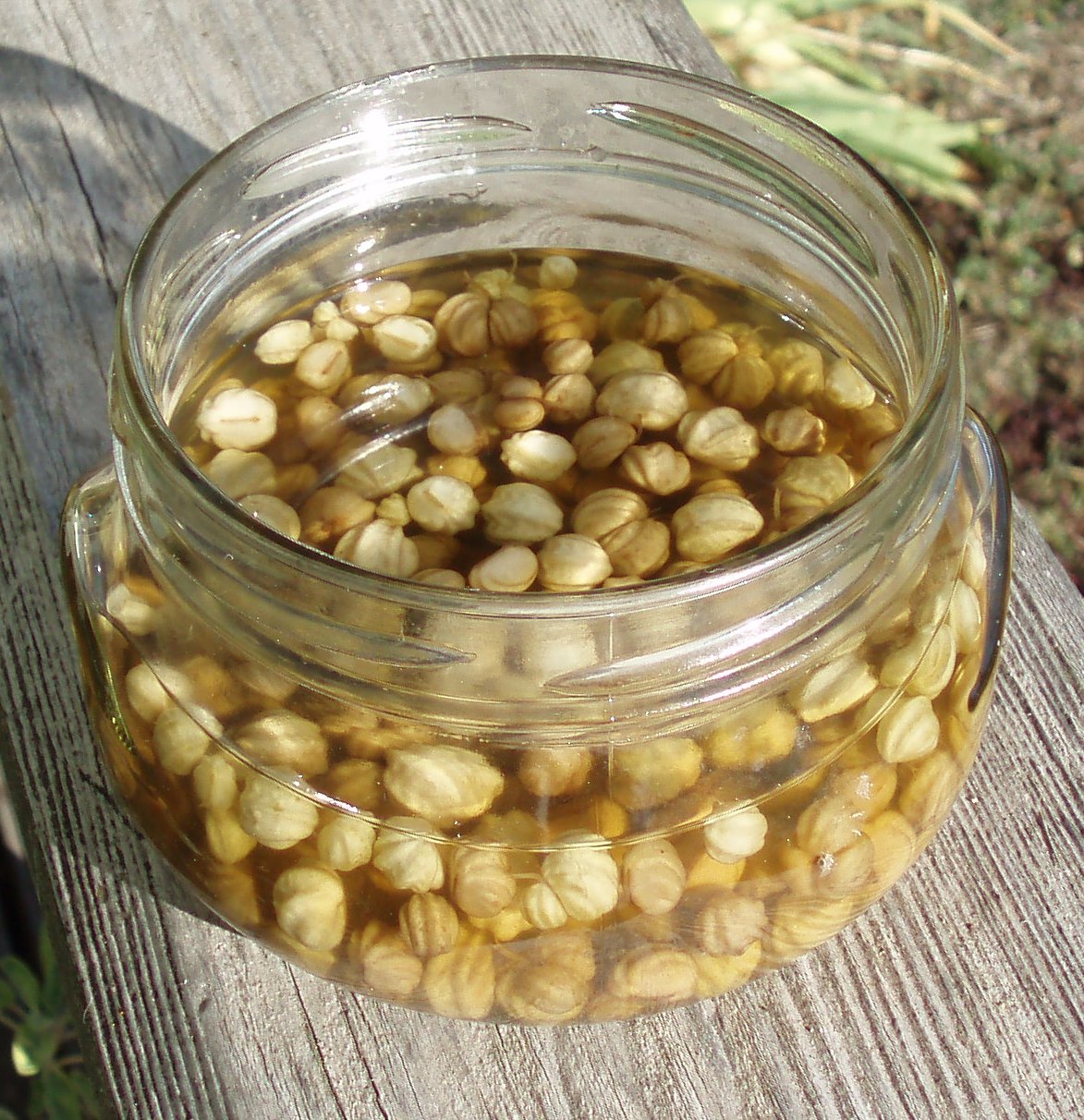 A low, sprawling annual plant, the nasturtium can enliven your salads all summer with its tender, round leaves and orange edible flowers. But don’t forget to pick the seeds. If they’re already brown, save them to plant next year. If they’re still green, plunk them into vinegar, so you can enjoy them in sauces and salads all winter. Pickled nasturtium seeds (or pods, or buds, as they are variously called) taste much like pickled capers, but they’re crunchier and a little peppery. As Euell Gibbons said, “Nasturtium buds make better capers than capers do.”

This year I had just a single pot of nasturtiums, and they were plagued by aphids both in spring and in late summer. But the plants flowered and produced seeds, and when I walked by the pot I’d pick the fat green ones. In The Joy of Pickling, I provide a variant of Eliza Smith’s rather complex recipe for pickled nasturtium pods, from her 1727 cookbook The Compleat Housewife. This year I decided to do something simpler: In early July, I combined 1/2 cup cider vinegar and 1/2 teaspoon salt in a small jar, and stirred to dissolve the salt. I covered the jar tightly and set it on a cupboard shelf. And then I added nasturtium pods, a few at a time over the next three months, until aphids and cold weather did in the plants.

That’s all you need for pickling nasturtium pods: vinegar and a little salt. Refrigeration isn’t necessary. If I don’t eat them all sooner, my pickled nasturtium pods will last in the cupboard until next summer, when the nasturtiums will be blooming again.