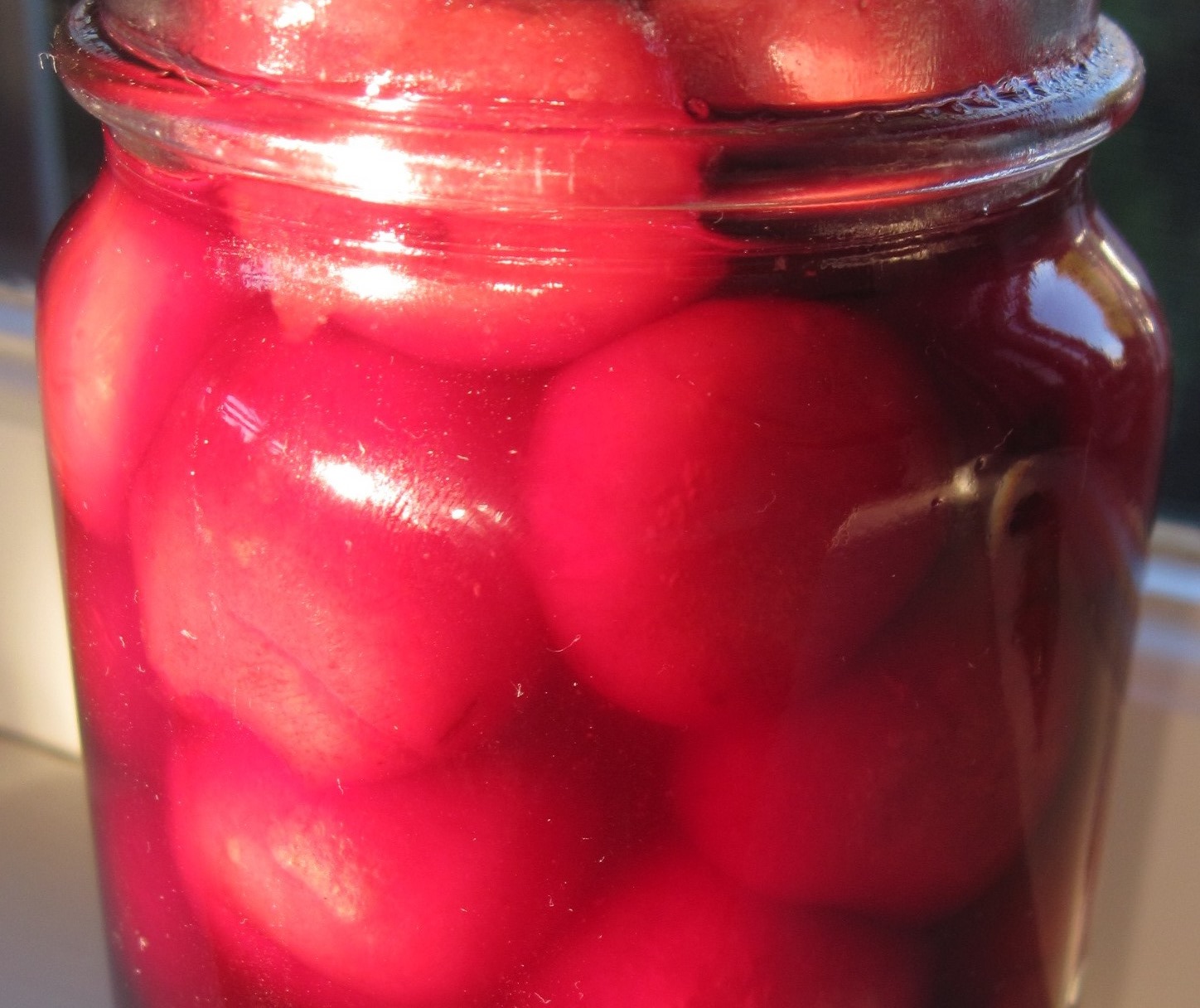 Before cherry season comes to a close, I want to share with you a recipe I recently developed for the Washington State Fruit Commission, thanks to whom a big box of fresh cherries landed on my porch a few weeks ago.

The cherries, dark and of an unnamed variety, were so large—a full inch tall—that I had to buy a new cherry pitter to fit them. Their firm texture and mild sweetness made them excellent for fresh eating, but their flavor was too muted for the jam, chutney, and other sorts of preserves I tried them in. A thirty-five-dollar bottle of Cointreau, however, dolled them up beautifully.

Serve the preserved cherries straight from the jar over ice cream, or use them to make the famous Victorian dessert called Cherries Jubilee. For that, you reheat the cherries and their syrup—at the table in a chafing dish, if you have one—while you spoon vanilla ice cream into small dishes. Then you pour warmed brandy or Kirschwasser over the cherries (1/4 cup to a pint of cherries) and, using a long match, set the liquor alight. Spoon the flaming sauce over the ice cream, and serve. 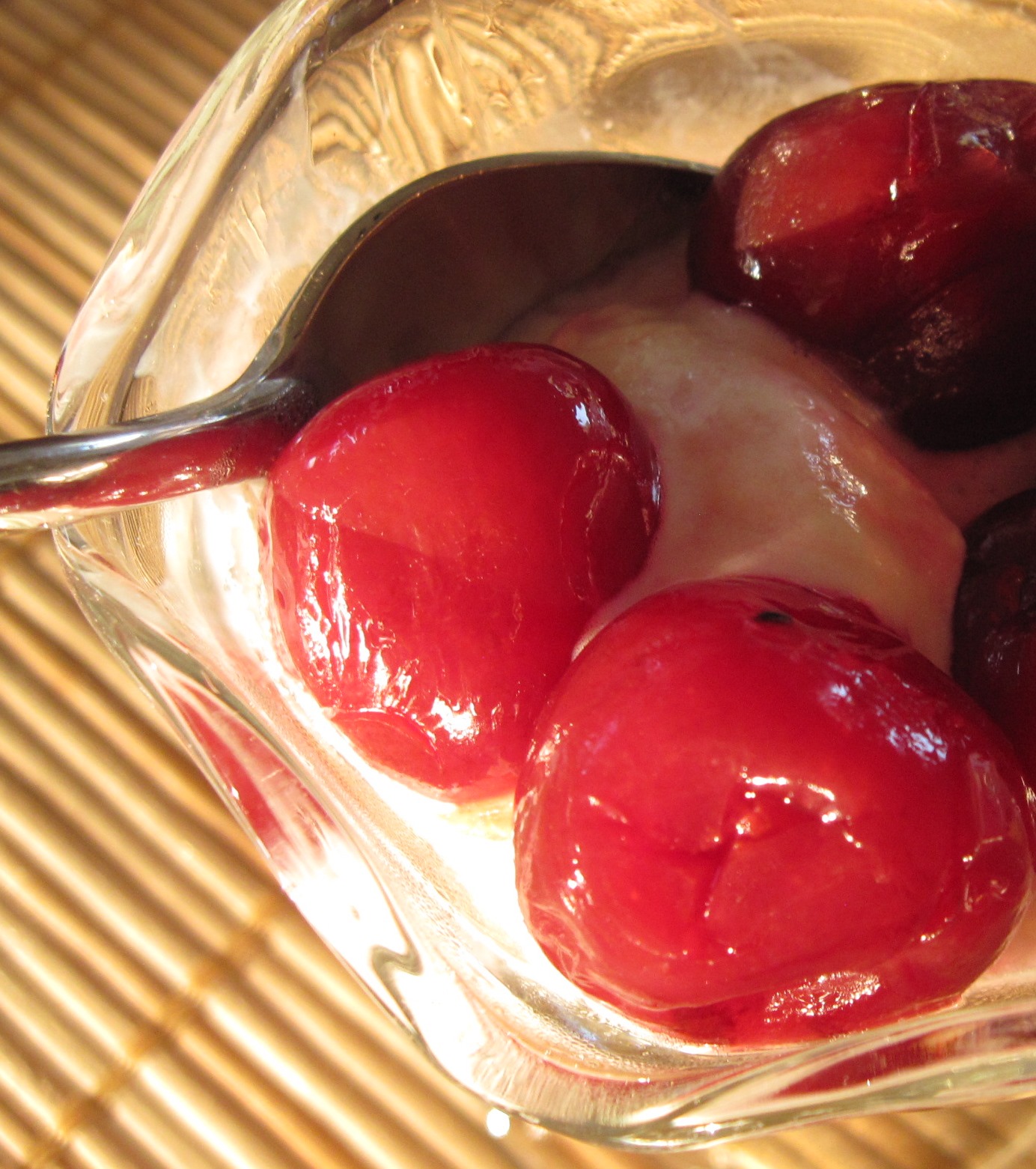 Put the cherries, sugar, and orange peel into a large skillet, and pour the orange juice over. Heat the mixture over medium-low heat, shaking the pan or stirring until the sugar has dissolved. Continue to heat the mixture for several minutes, stirring occasionally, until the syrup has begun to simmer and the cherries are heated through and just beginning to soften. Remove the pan from the heat.

Add two-piece caps, and process the jars in a boiling-water or steam canner for 15 minutes. Let the jars cool in the canner for 5 minutes before removing them. Store the cooled jars in a cool, dark, dry place.