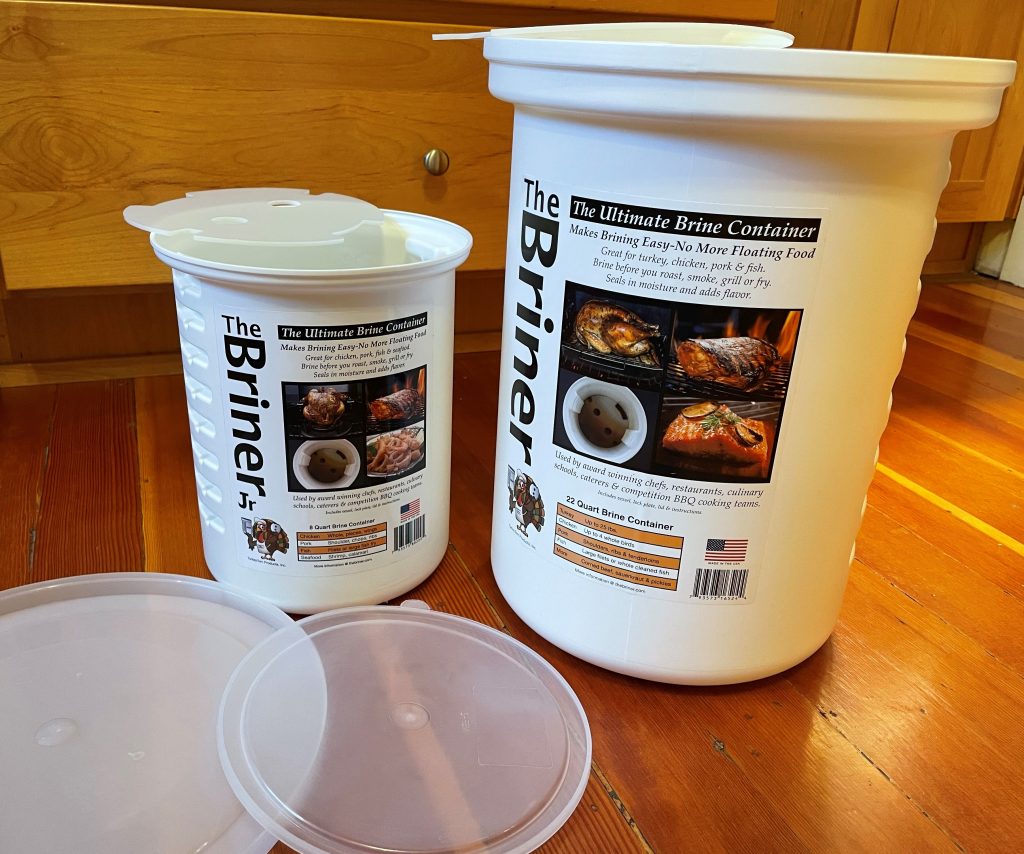 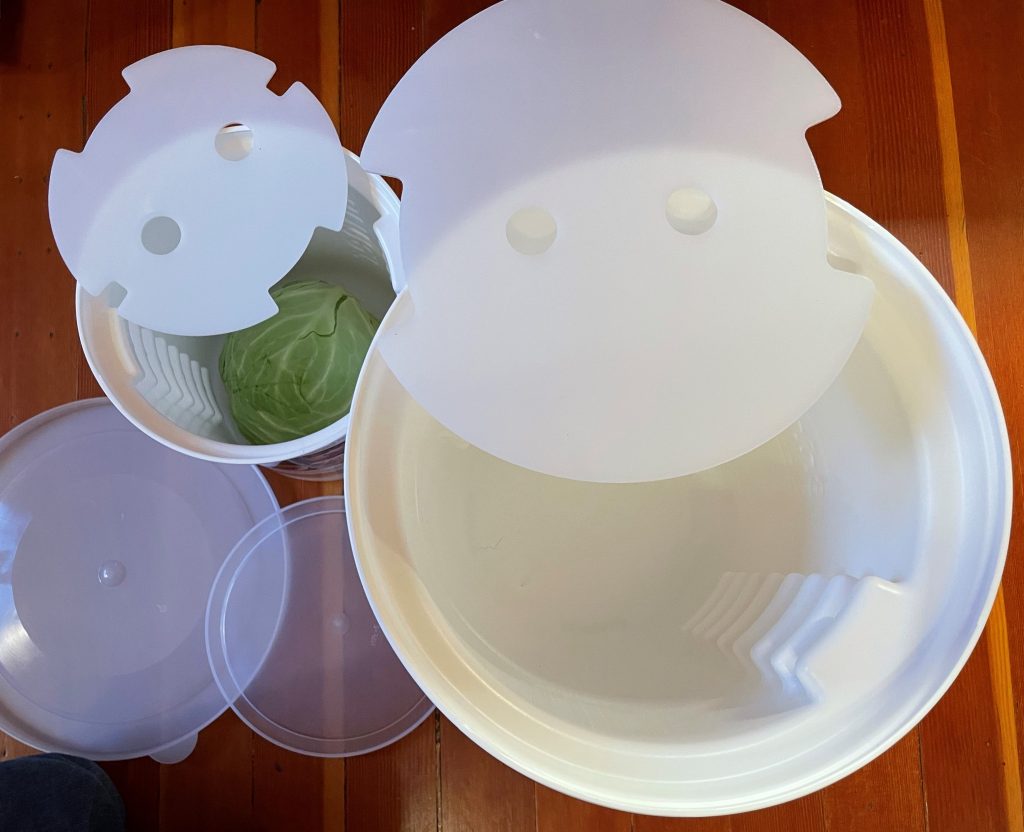 He gave me The Briner and The Briner Jr. for Christmas. They are food-grade buckets, 22-quart and 8-quart, respectively, made in the USA. Each comes with a lid and a flat plate that fits inside and locks into place between indentations that run in vertical rows down opposite sides of the bucket. I don’t know how much Robert paid for the set, but on the manufacturer’s website it costs $60. You can get these two buckets with a third, the 3.5-quart Briner Mini, for just $15 more. 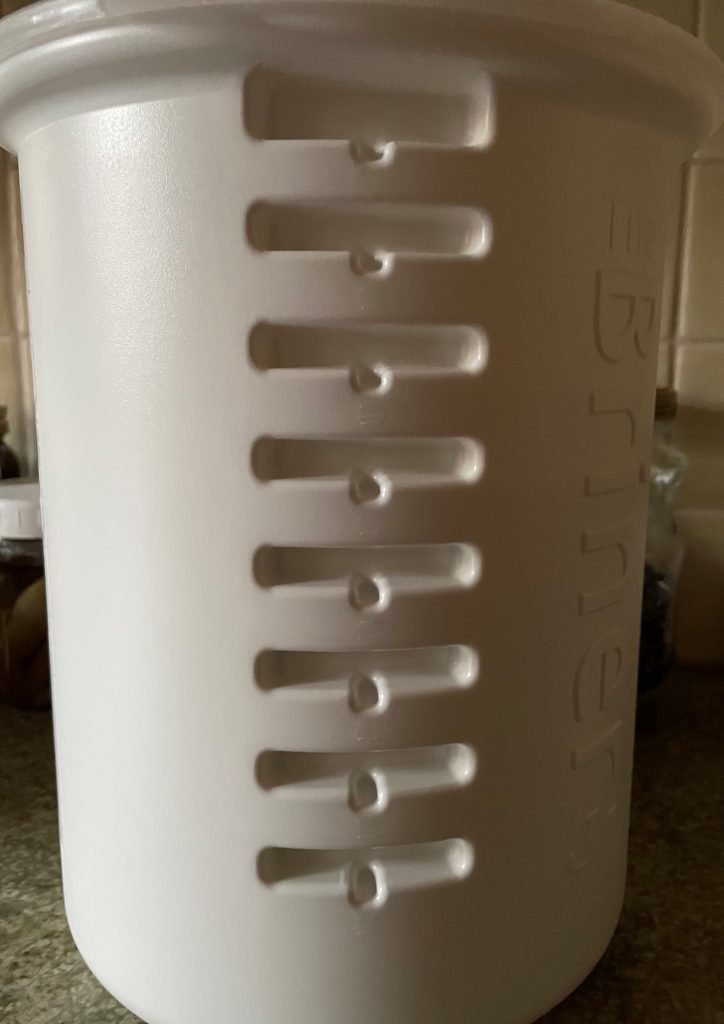 The strange thing is that the manufacturer hasn’t figured out that these buckets are good for fermenting vegetables. One photo on the website shows corn on the cob, presumably getting a brief soak in the bucket before grilling. But there are no other photos of vegetables and no mention of vegetables or fermentation. The website is all about brining meat.

As I mentioned in my last post, I began brining some watermelons in a food-grade plastic trash can in October. Unfortunately, I have no plate big enough to fit inside the trash can. If I had an old-growth tree to cut up, I could create something appropriate. Instead I filled an assortment of food-grade containers with water and used them in place of both a plate and weights. This setup is not working very well. 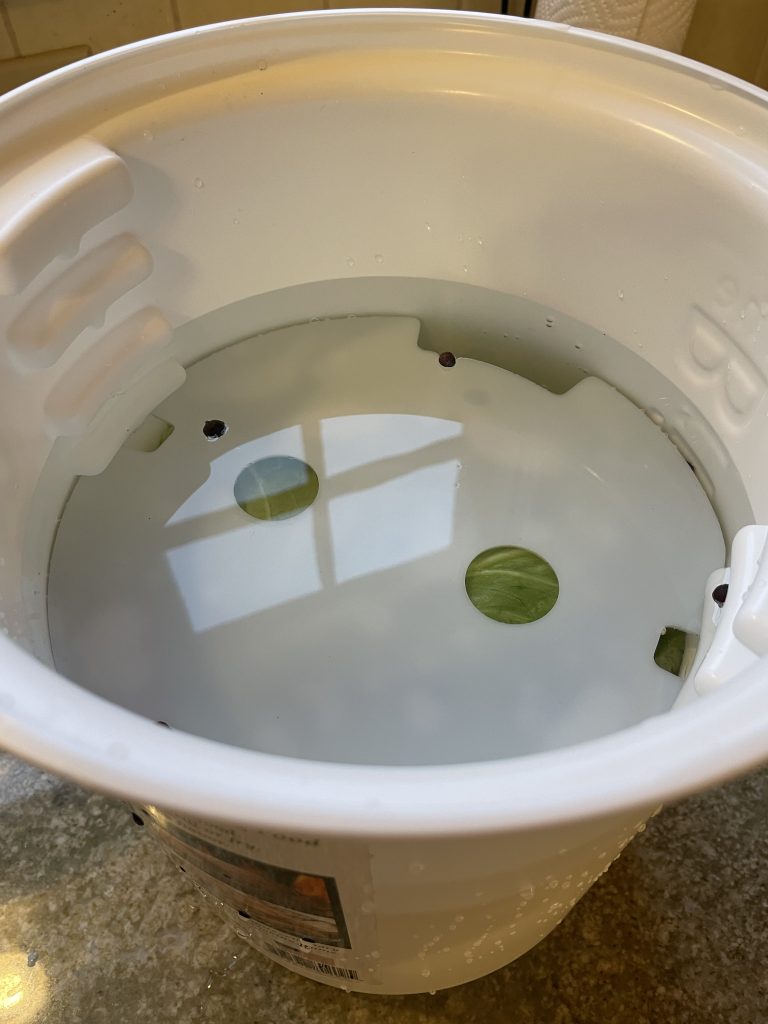 The other day I started brining a single, 2 ½-pound whole cabbage in The Briner Jr. The process was shockingly easy: Insert cabbage, pour over brine, add a few aromatics, insert plate, turn it to lock it in place, snap on lid. The lid may need burping from time to time, though I could avoid that little task by leaving the lid loose. But otherwise I have nothing to do but wait. Once fermentation is underway I may carry the bucket from the kitchen downstairs to the cellar, but that will be easy: The bucket weights little more than its ingredients.

I can’t find the inventor’s name on the website, but I thank him for his ingenuity. I hope he profits well from his invention.

One thought on “Bring on The Briner”